Håkan and Birk has now hiked quite well after the stop at Jänsmässholmen (which means Midsummer
Holmen in Jämtland) and has only about 30km to Gäddede. From Jänsmässholmen they went about 10km to Ansäter which is an old fädbod. In a relatively poor trail among mosquitoes and gnats but enjoying a rich and beautiful flora they went on. At Ansäteråns canyon, they went on a "path" that seemed to be an old snowmobile trail and then about 4-5 km free orientation of the wetland. By coincidence, Håkan had sight of an old chips and could with its assistance find his way. Saturday's stage was rather dull walk that did not offer any specific experiences. Eventually, they reached the lake Hotagen and Rötviken where they slept the night from Saturday to Sunday. They also took the opportunity to stock up little by Rötvikens trade and Birk had the last part of Håkan's ice cream which he seemed to appreciate ..

Sunday was if possible even more boring with continuous rain and walk on the tarmac road towards Valsjöbyn. In Valsjöbyn Håkan hired a small apartment. The night he devoted mostly to rub his bad leg. The foot is better, basically good, but now a little muscle in his knee is hurting.

At 12 noon today, Sunday 29 July, they went in the direction of Gäddede. They passed Gunnar water. Here Håkan met an old acquaintance from Värmland, sometimes the world is small. After a nice chat, they went to Skottland, through Hotagens nature reserve to Munsvattnet where they now have set up camp. On the way there they passed Lobbersjön. On the banks of the lake is a Sami camp. When Håkan and Birk arrived they could see the smoke from a fire, but they saw no one. However, a large loose dog to meet them. The dog was curious about them and came right up. Håkan was a little worried about what would happen, you never know when two males meet, but Birk showed, as usual, no signs of aggression so the meeting proceeded calmly. Today's stage was quite long because the weather forecast says rain tomorrow. 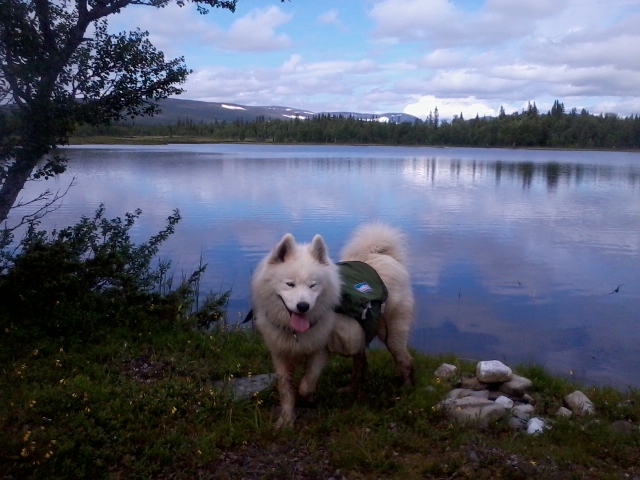 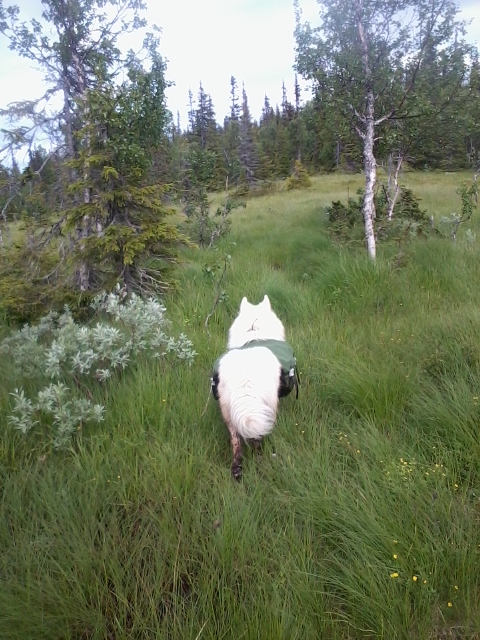 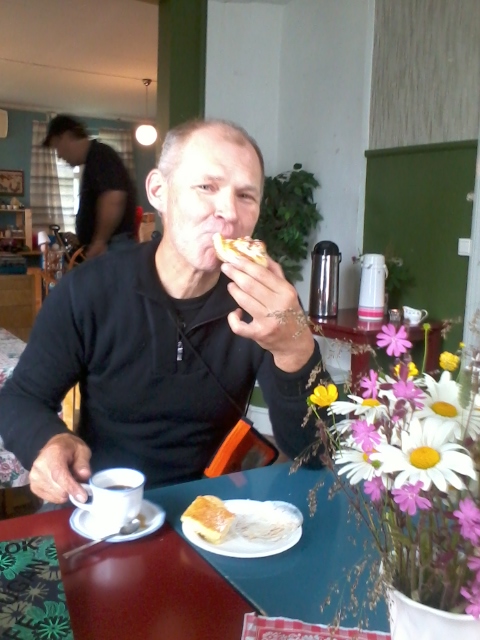 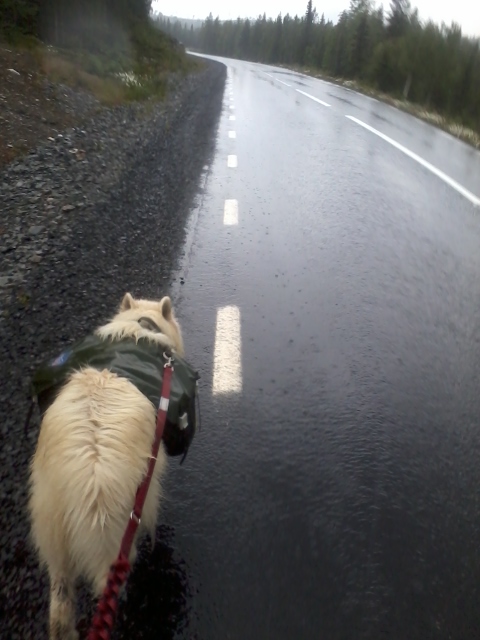 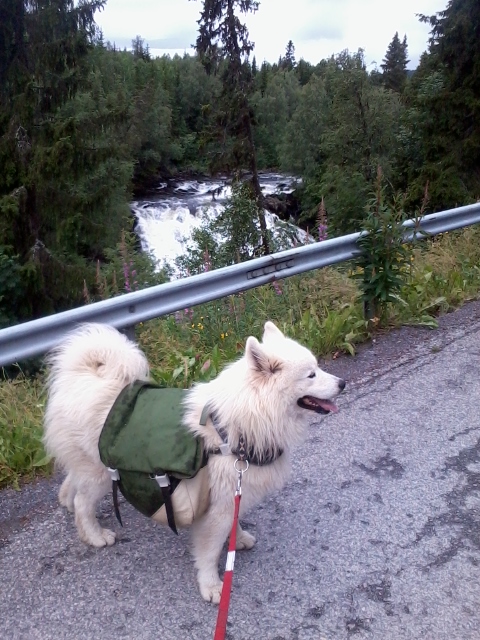