Many elks in the forest

Today's stage has gone well. Håkan believes that they have covered about 30km. In the package I had sent to the Night Trail were among others a new pair of insoles.

Today quite a good part of the distance have been very dense forest terrain without any paths or roads.

They have during the day, seen six elks and a badger. Birk probably thought that the badger was more moderate in size than the moose, horses and cows, so he had trouble standing still with Håkan. He ran a few meters but stopped when Håkan in a more distinct gave the command "Stay."

The bad foot is still swollen and a bit sore, but not so bad that isn't OK to hike.

Sun and rain have succeeded each other during the day. During a very intense burst that lasted about 30 minutes, they sought protection under a big tree, where they stayed almost completely dry. Håkan even managed to sleep for a while. 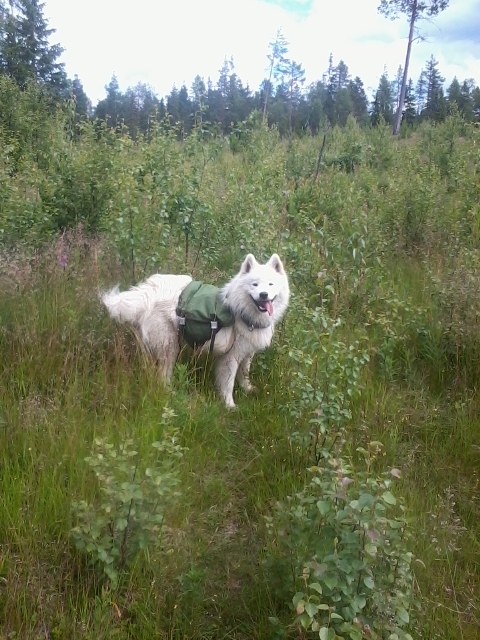 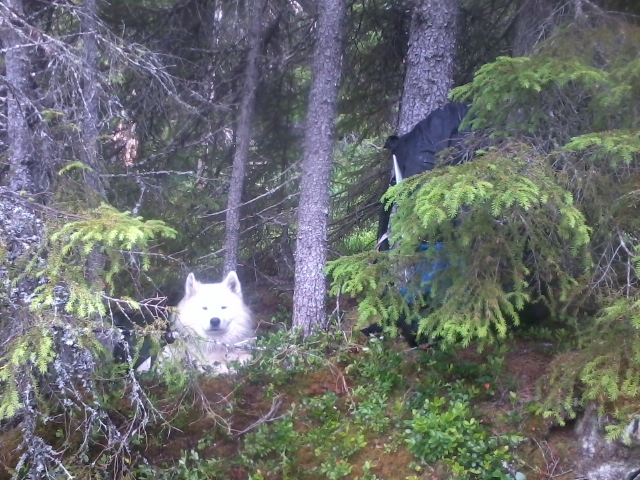