Yesterday the hikers went about 30 km in mostly bright sunshine, but the day didn't pass without rain. After an initial trek of 7 km in great weather to Boijtikken (meaning fertile land in the Sami language) where it was splendid the hikers went on towards Virisen a distance of 13km. Håkan was dreaming of Virisens amazing waffles, hot chocolate and bread roll with smoked fish and the steps were pretty easy, but once they arrived at Virisen he found that it was closed so they just had to move on. A few kilometers after Virisen they stopped for a short break and some refreshments. When the water to the hot chocolate just boiled it started raining. A short burst, thought Håkan and continued to eat, but the chocolate became increasingly diluted by the rain and when the gates of heaven were completely open Håkan and Birk searched protection under a tree. There they were standing for 45 minutes in the pouring rain and as it had finally stopped raining Håkan discovered that the rain pants no longer could keep the rain out. He was soaking wet  all over his legs.
The remaining approximately 10 kilometers to the night's camp was therefore a wet hike. 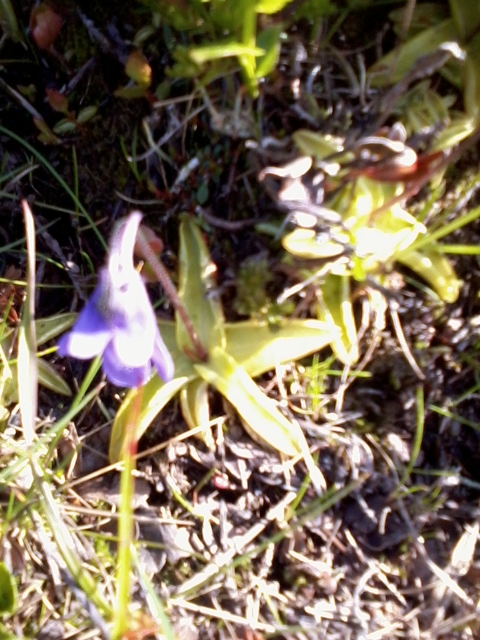 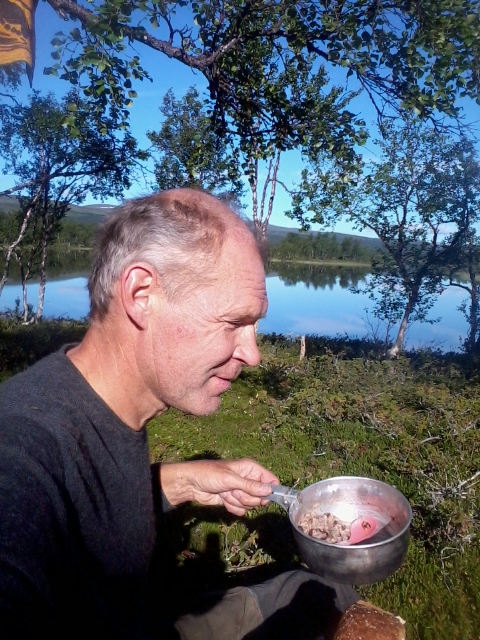 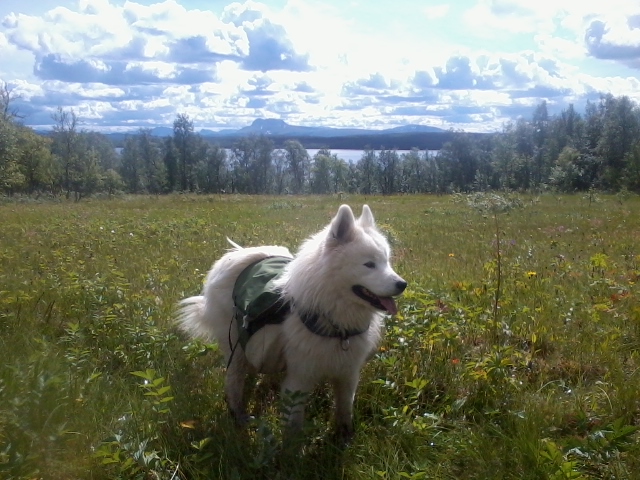 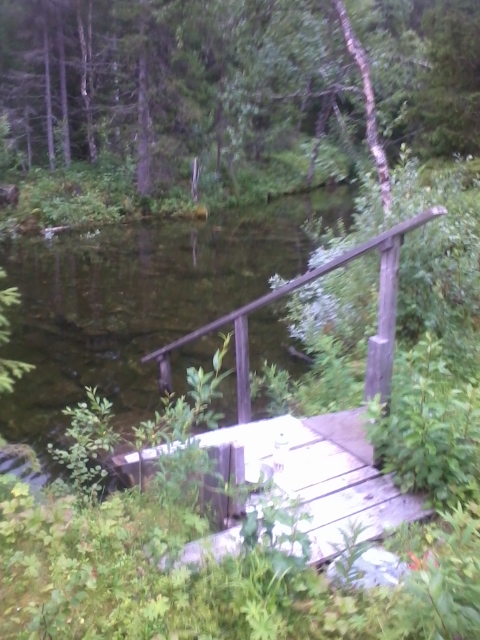